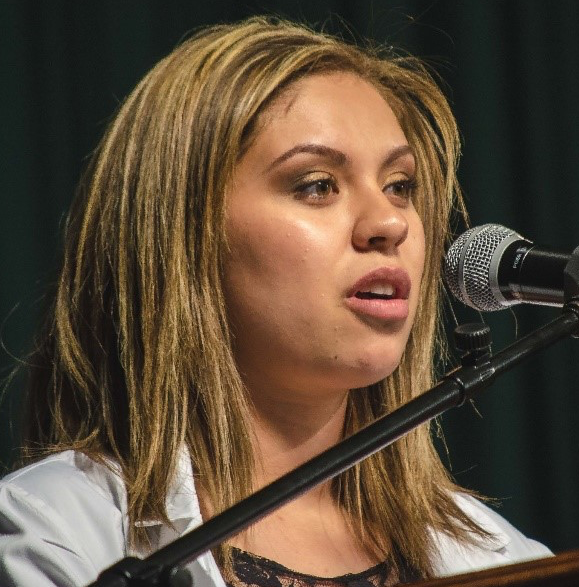 Born and and raised in Denver, CO., Kimberly Gonzalez began her college journey at Amarillo College in 2011. However, as a single parent, she was only able to take 1 to 2 classes per semester while working full-time.

With very little support from her family, Kimberly moved to El Paso in hope of receiving additional help from her son’s father while she worked and furthered her education.

Kimberly worked hard to finish her pre-requisites for acceptance in the Respiratory Care program. At the time of acceptance into the challenging healthcare program,, she was a mother of two and had made a tough decision to quit work in order to to finish her last year of school. The uncertainty of how she was going to pay for all her training costs became overwhelming.

Kimberly heard of Project ARRIBA from a friend who was in a similar predicament. She quickly applied, went through the enrollment process, and was accepted into the program. Kimberly found the support and encouragement she needed from her case manager, Estela Flores. With her case manager’s assistance and Project ARRIBA’s 360° wrap-around support services, Kimberly was able to concentrate her efforts on school and complete her degree.

Kimberly graduated as a Respiratory Technician in Spring 2015 from El Paso Community College with the skills needed to obtain a living-wage job that will enable her to provide a better life for her children. In addition, she is a role model that her children can follow. Through Project ARRIBA and its many supporters, Kimberly’s dream has become a reality. As of August 2015, Kimberly entered employment at The Hospitals of Providence, Memorial Campus earning over $44,000 a year.