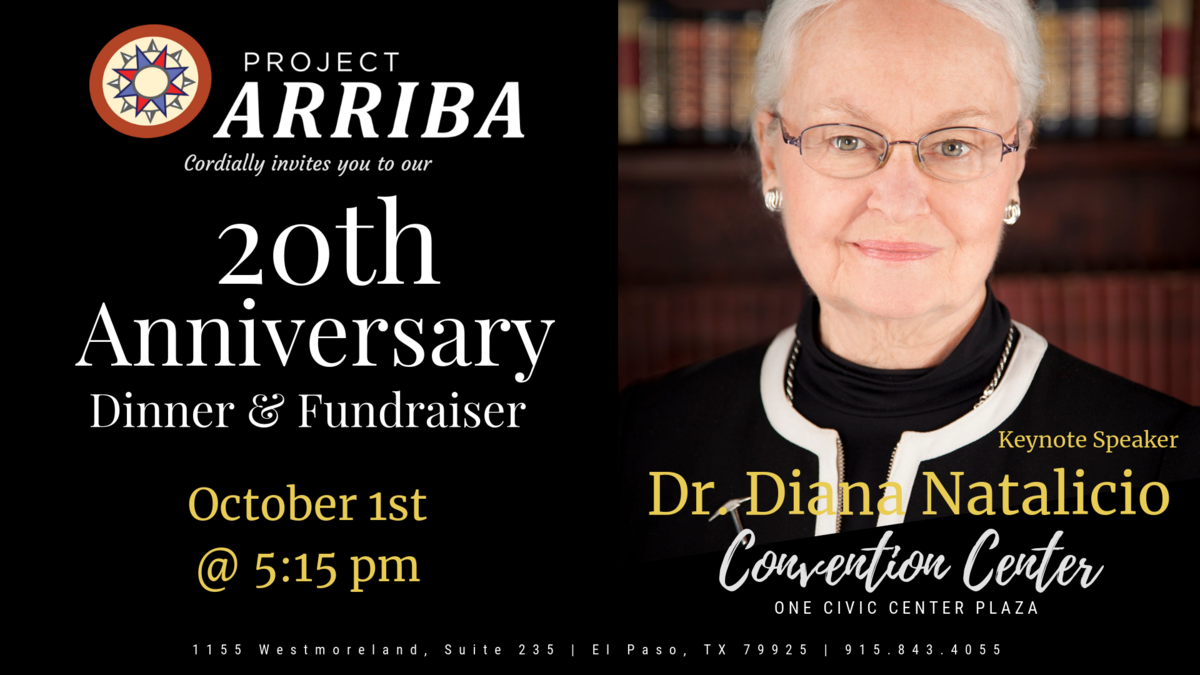 BUILDING EL PASO BY PARTNERING WITH YOU

In partnership with exclusive event sponsor, WestStar Bank and Powered-By sponsor, JP Morgan Chase Bank, Project ARRIBA celebrated this important milestone on October 1, 2019. Approximately 200 people were in attendance and over $42,500 was raised.

All investments raised the night of the event will be applied to the Jim R. Phillips Endowment Fund, a perpetual income fund launched in Summer 2016 in memory of Project ARRIBA’s founding chairman. The fund will provide future scholarships to participants pursuing their four-year degree in nursing at the University of Texas at El Paso. Generous gifts and commitments were received from Ms. Nita Phillips, the wife of the late Jim R. Phillips, and other area individuals and businesses.