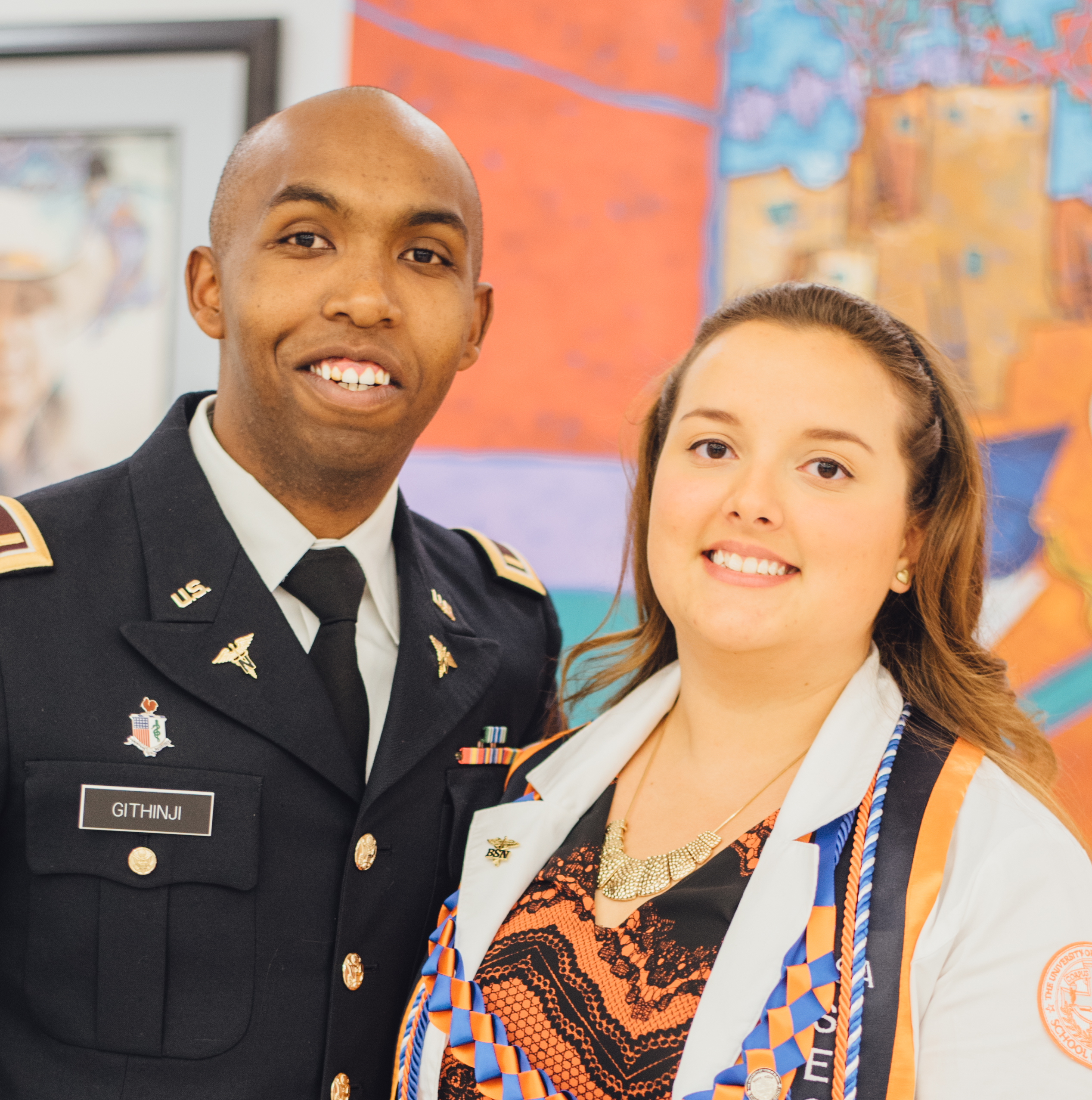 Mayte Githinji was born in Chihuahua, Mexico and moved to El Paso, Texas in 2011 when she was 18 years old.
Mayte received all her formal education in Mexico and, as a result, had to learn English prior to enrolling in college. After a semester of English as a Second Language classes, she was able to start her core classes at El Paso Community College (EPCC). There she met her husband who was also a student.

In 2014, Mayte transferred to the University of Texas at El Paso (UTEP) where she began her pre-nursing classes. Both she and her husband were studying to become nurses. They survived on student loans, savings from her husband’s prior job and part-time wages, but staying afloat was difficult at best.

While at UTEP, the Githinjis heard about Project ARRIBA. Faced with the realization of how costly the nursing program would be for not just one but for the two of them, they soon applied to the program. Mayte and her husband were accepted into the program. With Project ARRIBA’s assistance, both were able to continue on their educational journey. The program’s wrap-around support services assisted them with tuition, books, and materials needed to persist and graduate from the nursing program. Along with the financial assistance she received, her case manager, Herminia ‘Mimi’ Duran, provided the constant motivation needed to push Mayte towards her goal of becoming a Registered Nurse.

At the fall 2015 graduation, Mayte shared:

“Graduating from nursing school will be the greatest accomplishment of my life. It will mean my mother’s sacrifice to send me to El Paso was worth it.”

As of January 2016, Mayte was job placed as a Registered Nurse at Del Sol Medical Center earning over $46,000 and her husband, Kenneth, is continuing to serve our country in the US Army Nursing Corps making over $52,000 annually.