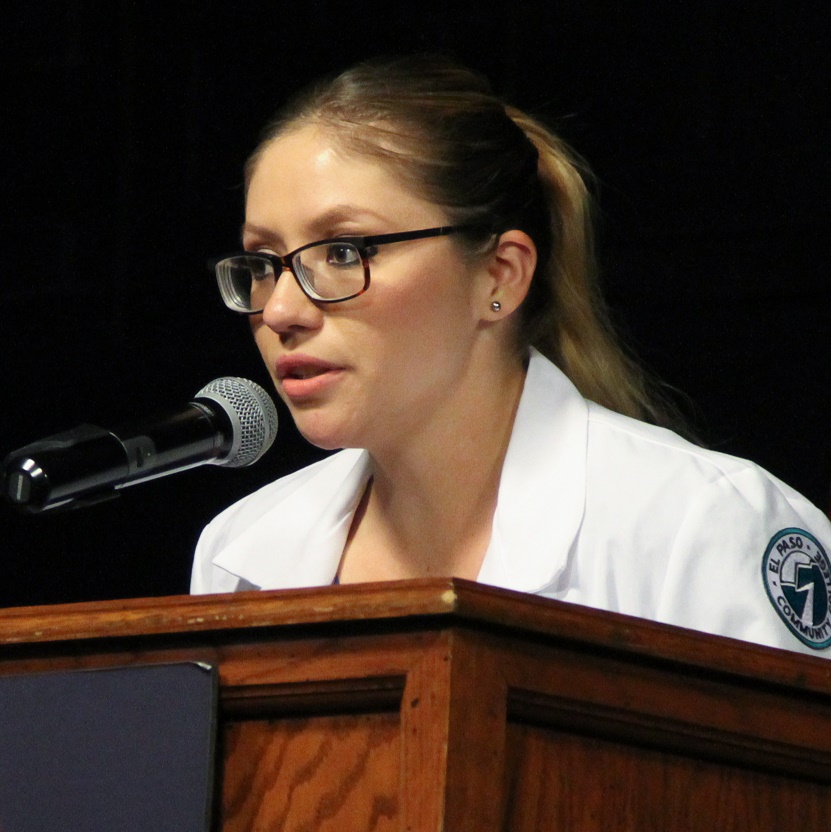 Elizabeth was born and raised in El Paso, Texas. She worked as a substitute teacher and, even though she loved the work, the pay was not enough to sustain her small family. Elizabeth had studied psychology, but later changed her major to nursing after having been impressed by a nurse practitioner who cared for her son at his doctor’s office. She applied to local nursing programs but was either put on wait lists or was told to retake numerous classes. She decided to apply out of El Paso and was finally accepted at University of Texas Health Science Center in San Antonio. The move proved difficult with no family support and she soon returned to El Paso, her home.

Elizabeth was determined to get her nursing degree and applied to El Paso Community College where she took the necessary prerequisites. She applied to the registered nursing (RN) program and was again put on a waiting list. However, she was offered a seat in the licensed vocational nursing (LVN) program. The program required much of her time leaving little time for a job. She learned of Project ARRIBA at her school campus, applied and was accepted into the program. She now had the opportunity and support needed to continue her journey to eventually become a nurse. Her case manager was a constant source of encouragement throughout her training and Project ARRIBA provided her with the resources and tools needed to be successful.

Elizabeth has graduated as an LVN. She is now empowered with the skills and ability to not only make a difference in her family but also in her community. She is pursuing her licensure and would like to work in a med-surge unit or nursery with a local hospital. Elizabeth also plans on giving back to her community, both in financial contributions and by volunteering where needed in her community.