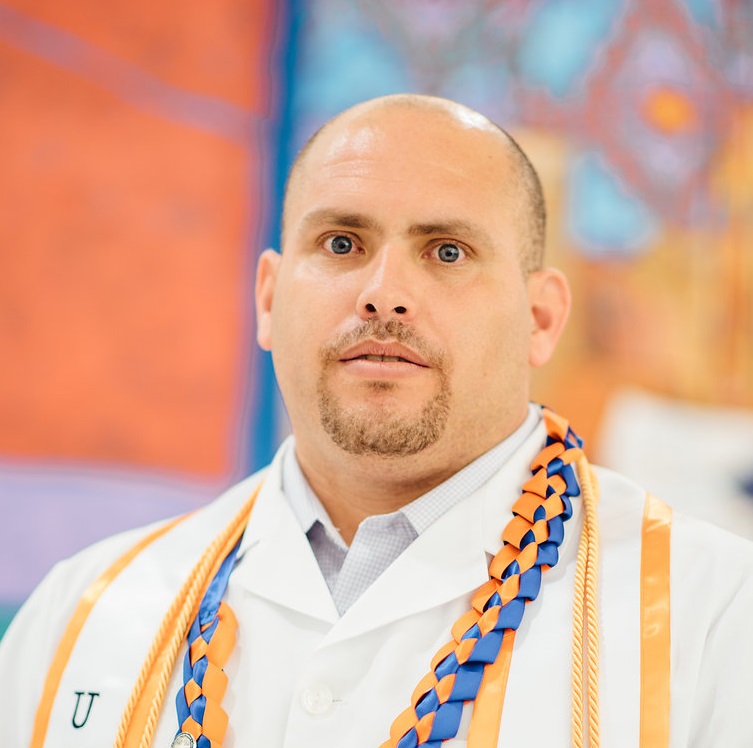 Luis Nieves was born and raised in Puerto Rico and in 2005, moved to El Paso, TX. Luis proudly served in the U.S. Army for 3 years and during that time was deployed to Kuwait and Iraq. His primary specialty in the Army was in healthcare. After his separation with the armed forces, Luis knew he wanted to continue into a healthcare field. He studied exercise science but was unable to find a decent paying job. He then opted to return to school and study to become a registered nurse.

Life for Luis and his family was difficult once he was accepted into the nursing program at the University of Texas at El Paso (UTEP). Luis had to resign from his full-time job in order to attend classes full-time. He was not able to find a part-time job that was flexible enough to allow him to attend school so his wife took on the responsibility of providing for their family. However, the cost of childcare for their 3-year old son was prohibitive compared to the income his wife brought in working full-time. Stuck at a crossroad, Luis weighed the option of quitting nursing school to alleviate the burden he placed on his wife.

Luis heard of Project ARRIBA during a “Red Carpet” orientation for new nursing students at UTEP. He marveled at the opportunity in front of him and quickly applied to the program. He met with Herminia “Mimi” Duran, Project ARRIBA Senior Case Manager, who assisted him throughout the application process. She and other program staff worked diligently to get him into the program and provide the much needed childcare assistance for his 3-year old son so he could concentrate on his studies. Project ARRIBA’s Vision, Initiative & Perseverance (VIP) group sessions also allowed Luis to grow as a professional by providing guidance and useful information during these sessions.

During Luis’ 7th semester in nursing school, he saw an opportunity to work as a nurse tech at the University Medical Center of El Paso, ICU. He worked with his case manager Mimi Duran who helped to facilitate the hiring process. Luis has now been working as a nurse technician for 6 months and loves the work. As of August 2016, he is now employed full time in the Neuro ICU at UMC earning over $50,000 a year with benefits and career path!

Luis has now been working as a registered nurse at the University Medical Center of El Paso, ICU Neuro Department as of July 31, 2016 making over $50,000 a year and he is also attending the residency program there at UMC. Luis has kept in contact with his case manager and shares that he could not be at a better place. He absolutely loves his career and place of employment. He also plans to “pay it forward” by contributing to Project ARRIBA and helping others in the program.