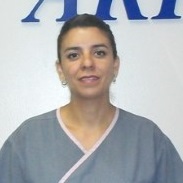 Maria Medina applied to Project ARRIBA at age 40. She was a single mother of 3 and had reached a point in her life where she wanted to make a positive change for her and her children. Maria heard of Project ARRIBA at an El Paso Community College (EPCC) nursing orientation, applied and was accepted into the program. While in school, she had to stop working as a medical assistant and move in with her mother and rely on food stamps to feed her children. Maria was an exemplary student at EPCC. She had a true passion for nursing and never backed away from challenging classes and always tried to help her fellow classmates understand the complexity of nursing school. Project ARRIBA’s financial, social, and moral support enabled Maria to complete her training December 2013. Maria was unsuccessful in her first attempt at passing the nurse license exam. However, her case manager provided tutoring support from another program graduate. Maria passed on her second attempt and soon hired at University Medical Center of El Paso in the Surgical Unit earning over well over $14.00 an hour. Maria has moved out of her mother’s home and is providing for her children. Maria plans to continue her education and obtain her bachelor’s in nursing and purchase that long-awaited home for her and her children.