Where does our funding come from?

A major skills gap exists between employer needs and the skill-set of the local workforce. From the economy as a whole to the family living in poverty, the effect of a low-skilled workforce is far reaching in the Paso del Norte region. The local junior college and university has paved a way to bridge this skills gap through their exceptional formal training programs, but the undesirable persistence and graduation rates are narrowing the gap too slowly.

Since Project ARRIBA’s inception in 1999, the innovative workforce program has graduated almost 1,500 students from the local junior college and university and has achieved extraordinary persistence and graduation rates for an at-risk student population. These students received the educational, financial, and social support systems needed to succeed. More importantly, they are equipped with the skills needed to fill local employer needs while earning a family-sustaining, living wage. In fact, 2019 job placed graduates are earning, on average, over $50,000 per year, six times increase in earning power! These achievements would have not been possible without the support and generosity of individuals and local businesses. 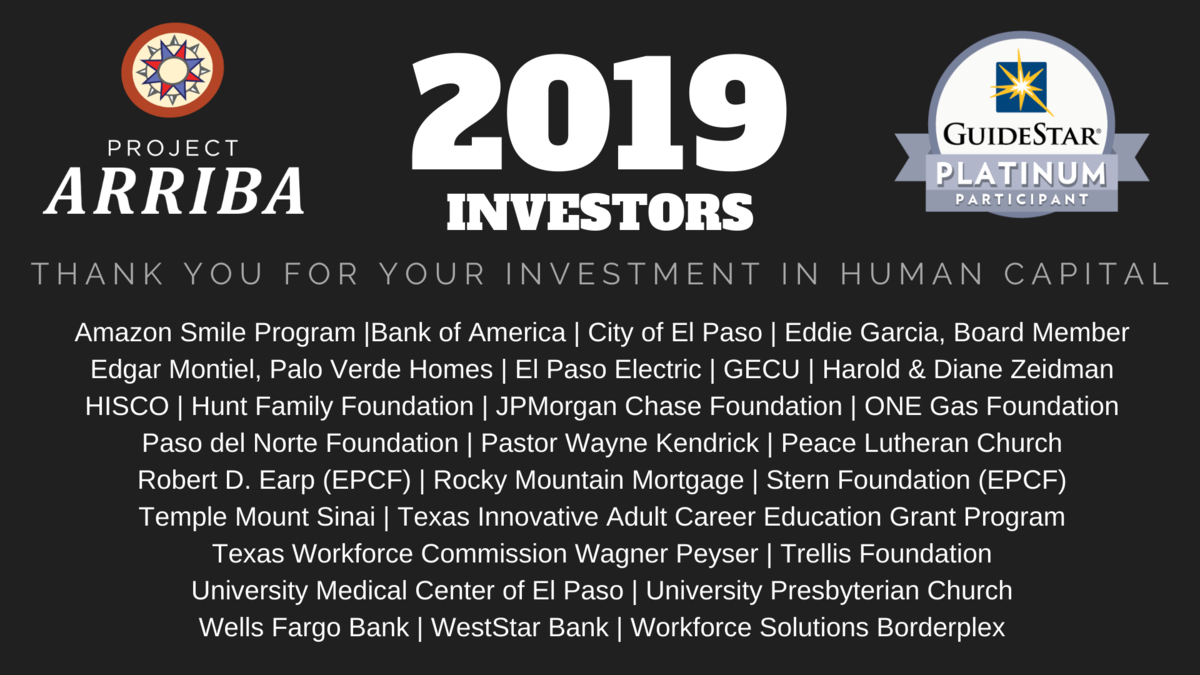 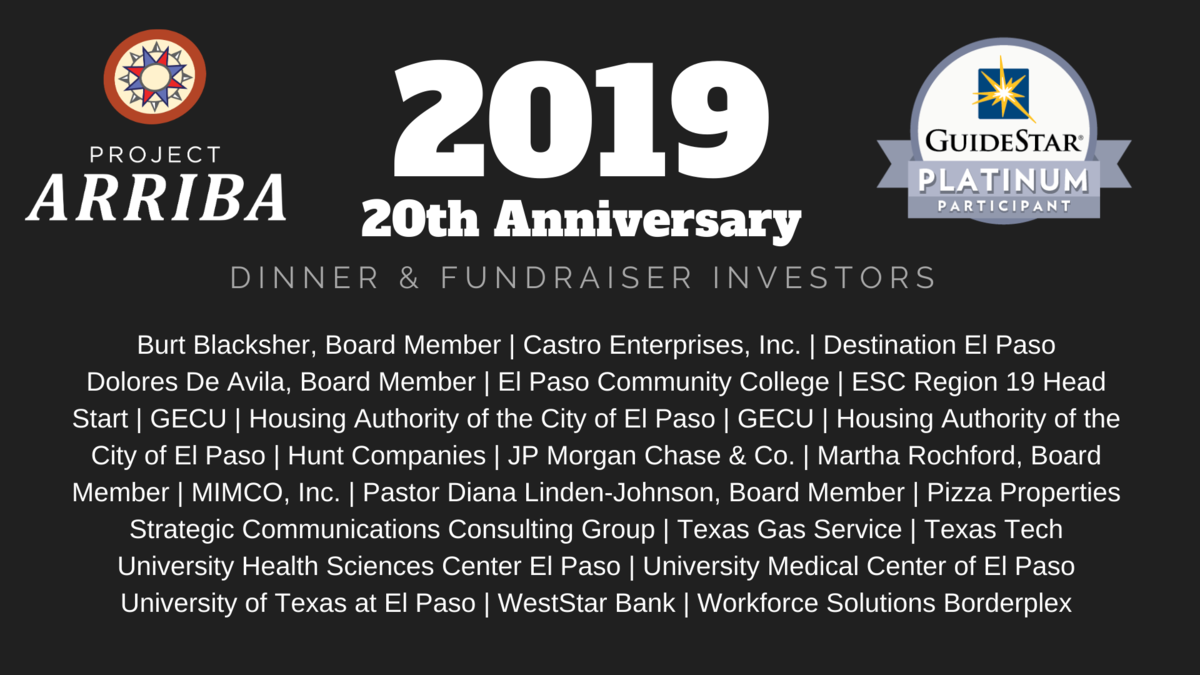 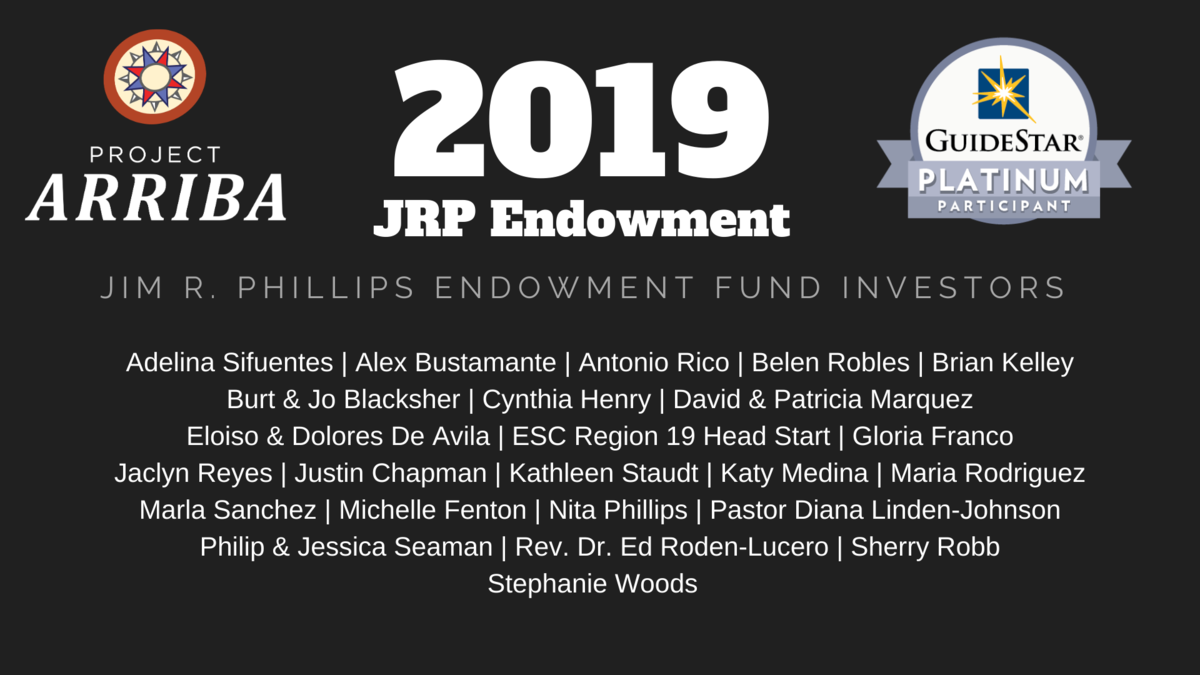 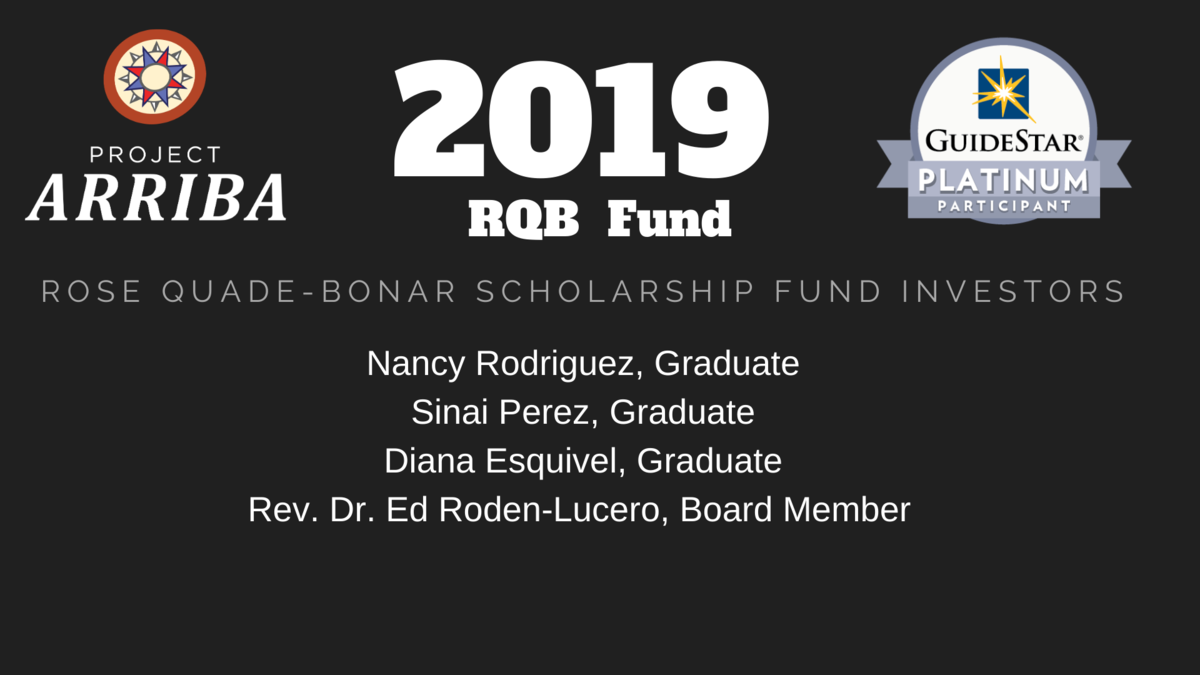 The Neighborhood LIFT® program is a collaborative effort between Wells Fargo, the Wells Fargo Foundation, local non-profit organizations, and the NeighborWorks America, a national non-profit organization to help revitalize neighborhoods.  The NeighborhoodLIFT® program provides support for economic and workforce development, health and wellness and housing rehabilitation.  On June 21, 2017, Wells Fargo & Company announced a total of $500,000 in donations to four local nonprofits identified in collaboration with the former City of El Paso Mayor Oscar Leeser. Project ARRIBA was one of the non-profits selected to participate in this local initiative with a total award of $125,000.

This funding will enable Project ARRIBA in its LIFTing El Pasoans project to meet local hospital demand for four-year degree nurses by training 70 nurses at the University of Texas at El Paso, graduating a minimum of 22 nurses during the one-year grant, and job placing 20 participants at local hospitals. Job-placed graduates will move from poverty into careers that will pay family sustaining, living wages, earning on average over $48,000/year.

El Paso Electric, a regional electric utility that services west Texas and southern New Mexico, contributes to nonprofit programs and activities that positively impact the well-being of the communities they serve. Primary emphasis is placed on those organizations and programs that: impact the long-term economic vitality of the region; impact the quality and accessibility of education, with a focus on furthering STEM (science, technology, engineering, and mathematics) related programs and scholarships; and meaningfully impact the quality of life of their customers.

Beginning with a $6,000 investment in 2001, El Paso Electric has now contributed more than $400,000 to Project ARRIBA’s workforce and economic development efforts that lift individuals from poverty into living-wage careers and promotes a higher quality of life in El Paso. This partnership has positively impacted the well-being of over 1,200 El Pasoans that are now equipped with the knowledge, skills and abilities needed to access family sustaining careers.

Private funding such El Paso Electric enables the program to provide the educational, financial, and social supports needed for an underserved population to access, persist in, and graduate with a marketable degree or credential, and, most importantly, be job placed.  The underserved population includes, but is not limited to, low-income, minority, first-generation in college, single parents, veterans, and unemployed/underemployed adults living in El Paso County. 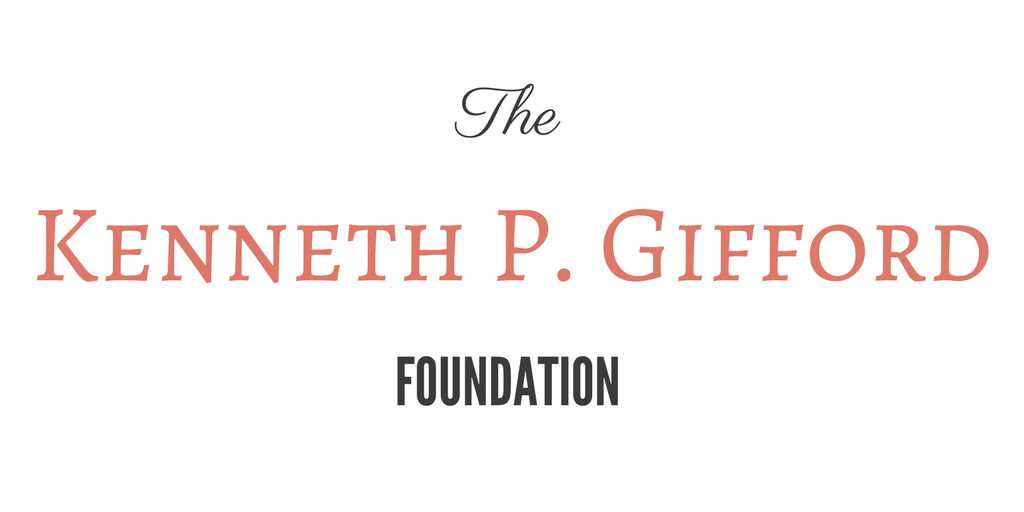 The Kenneth P. Gifford Foundation of El Paso was established in 1979 in memory of Kenneth P. Gifford, a long-time businessman and bank executive. The foundation’s emphasis lays in helping organizations concerned with the care for the aged and youth in El Paso, Texas. The foundation also supports a scholarship program for students attending college who might not otherwise be able to afford a higher education at El Paso Community College and at the University of Texas at El Paso. The Kenneth P. Gifford Foundation believes in investing in human capital and empowering people with a higher education and the workforce skills needed to be successful. To date, the foundation has invested more than $1.5 million in various nonprofit organizations in El Paso.

The Kenneth P. Gifford Foundation has partnered with Project ARRIBA since 2005 to promote the program’s workforce development efforts in the El Paso region. Their funding, leveraged with other federal, state, and local dollars, has led to over 1,200 El Pasoans being equipped with the skills needed to access high-demand, living-wage careers. Job placed graduates no longer depend on government welfare programs but rather are estimated to add $710 million dollars in income to the local economy. Project ARRIBA provides a great return on investment; in fact, the latest impact study prepared by the Institute for Policy and Economic Development at UTEP revealed that for every dollar invested in the program, $24 is returned to El Paso.

University Presbyterian Church (UPC) is a congregation committed to honoring God by touching lives through worship, fellowship and service. As a part of the Reformed Protestant tradition, their focus is upon ministering to those in the community as well as encouraging the spiritual growth of members. Worship is the cornerstone of their faith, from which comes a warm fellowship and enthusiastic service to others beyond the walls of the church.

UPC was founded downtown in 1903 as Westminster Presbyterian Church of El Paso. In 1950, when the church was relocated near the university the current name was adopted, and in 1973 the congregation moved to its present location. Over the years, UPC has emerged as a congregation that is eager to explore new ideas and opportunities for service. To that endeavor, UPC has invested in Project ARRIBA’s job training efforts that permanently lift El Pasoans out of poverty by empowering them with education and skills needed to gain a quality job. Since 2012, UPC has invested $22,000 to further these efforts.

WestStar Bank is actively involved in many civic organizations and non-profit agencies. They are fully committed to supporting the communities they serve in our region through volunteer service, charitable fund-raising and sponsorships. Many of their members sit as directors on boards, volunteer and/or financially support regional charities. Regardless of their roles, they all share the commitment to serve. It’s a cornerstone of WestStar’s corporate philosophy.

Currently, their employees serve on over 95 boards and committees of nonprofit and civic organizations and participate in a wide range of community betterment efforts and philanthropic causes; this includes Project ARRIBA. Since 2003, WestStar Bank, then Bank of the West, has invested over $81,000 in support of Project ARRIBA’s workforce development efforts and continues to provide leadership to its board of directors.