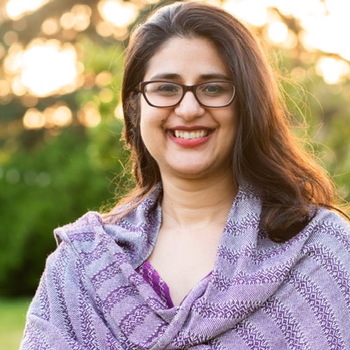 Surya Kalra is the Lead Organizer with EPISO and Border Interfaith in El Paso, Texas, part of the Industrial Areas Foundation (IAF). A daughter of immigrants from India, she grew up in northwest Illinois and graduated with a BA in Anthropology from Occidental College in 2006.

For the past 10 years, Surya has developed her craft as an IAF organizer, spending 3 years in the Bay Area to build and launch new IAF efforts in Solano and Napa Counties, 3 years in San Antonio, Texas, where the local organization COPS/Metro mounted a successful campaign for living wages for public sector employees, and 4 years in Los Angeles, working alongside leaders to tackle issues of health and economic inequalities.

Prior to working with the IAF, Surya spent time on the ground with women’s grassroots organizations in Maharashtra, India. She also worked with the County of Los Angeles to build relationships between local government and communities in South Los Angeles, and later with the Northeast Education Strategy Group, a collective of schools with the mission of building strong relationships between parents, teachers and administrators across schools in Northeast LA.

Surya currently resides in El Paso with her family.