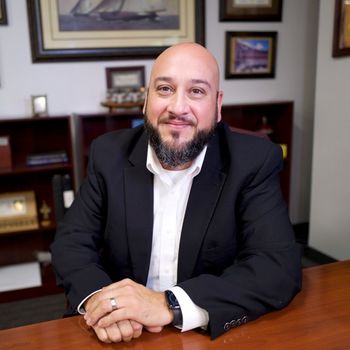 Roman Ortiz is the President & Chief Executive Officer for Project ARRIBA, an economic and workforce development initiative in El Paso, TX and has over 22 years experience in the non-profit sector to include management of operations, information systems, finance, human resources, community relations and public speaking. In this position, he manages the day-to-day operations of the organization, which aims at improving the talent force within the unemployed and underemployed community of El Paso. Roman has been with the program since its inception in 1999.

Roman has been a member of the Regional Economic Steering Committee and member of the Borderplex Alliance (Paso del Norte Group) and a graduate of Leadership El Paso Class XXXIII. Additionally he is an ordained Elder and is the Executive Pastor at The Anchor Church El Paso. He has been a member of the Association of Fundraising Professionals, Power of E3 Committee, Business First - City of El Paso and the Junior Achievement of the Desert Southwest - Education Committee. He has served on the Greater El Paso Chamber of Commerce - Education and Healthcare Councils and the Greater Chamber’s Government Relations Executive Committee. He currently is a board member of the Paseo Del Este Municipal Utility District 5.

Roman has a Master’s of Science Degree in Computer Information Systems and a Bachelor of Science in Business. A native of El Paso, Roman is the husband of Claudia a graduate of NMSU and the proud father of two daughters, Adinah and Adelah.